Results-based comission has to be included in holiday pay 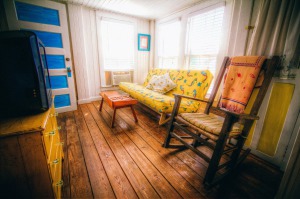 Following a recent ruling in the high-profile case of British Gas v Lock, the Court of Appeals has reaffirmed the requirement for employers to include results-based commission as part of holiday pay. It is a ruling that reinforces the same decision made by the Employment Appeal Tribunal, a separate employment tribunal and the European Court of Justice.

Mr. Lock, a British Gas salesperson, originally took his case to an employment tribunal – he believed that annual leave was discouraged by the company due to their holiday pay not including results-based commission – which then referred it to the European Court of Justice (ECJ).

The results-based commission that Mr. Lock received represented over 60% of his regular earnings and holiday pay was covered in the form of his basic salary. In the claim he put forward to the employment tribunal, he stated that for his holiday pay for the period between 19th December 2011 and 3rd January 2012, his employers made an unauthorised deduction of £1500 from his wages.

When it was handed to the ECJ, they ruled that due to the commission Mr. Lock usually received being linked to the work he did, it had to be included as a representative sum in his holiday pay. When British Gas appealed the ruling, the Employment Appeals Tribunal upheld the decision made by the ECJ.

However, British Gas appealed again and, in the latest judgement, the Court of Appeal has maintained that holiday pay must include a representation of results-based commission.

This high-profile case will have an impact on the thousands of other similar pending cases, including 918 more against British Gas, and employers will have to review their current holiday pay policies where results-based commission is involved.

Inevitably this means HR departments will have to keep a close eye on how this case and others like it play out in the future and update holiday pay accordingly for the organisations they work with.

At First Call HR, we keep a close eye on case law and any other developments that have in impact on employer-employee relations. This means we provide HR solutions that are not only effective but fully compliant with regulations. If you’d like to find out more, do not hesitate to give us a call now on 07973 531589.